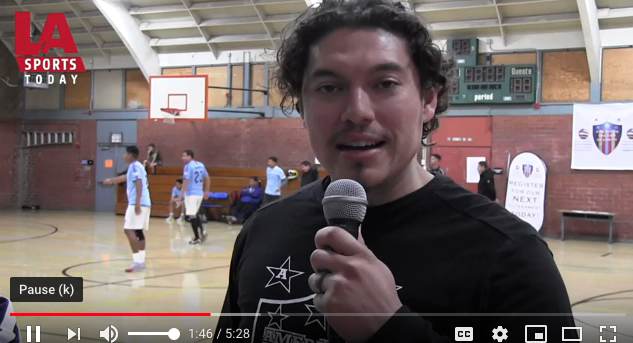 The American Soccer Academy celebrated its 2019 Rumba de Futsal Thanksgiving tournament this past weekend in Simi Valley. Johnny Caal, ASA Futsal founder, talks about how the Futsal Academy was created and how it has very successful tournaments such as Rumba de Futsal. Caal brought the concept of Futsal to Simi Valley eight years ago and together with Erik Pérez has grown the program in Southern California.

The 2019 Rumba de Futsal Thanksgiving tournament had about 60 games in three days with teams coming from Venice Beach and Santa Barbara. You can learn more about the American Soccer Academy here: ASA Futsal & Tournaments.