Skip to content
You are here
Home > College > Walnut’s Mt. San Antonio goes for the state title on Sunday 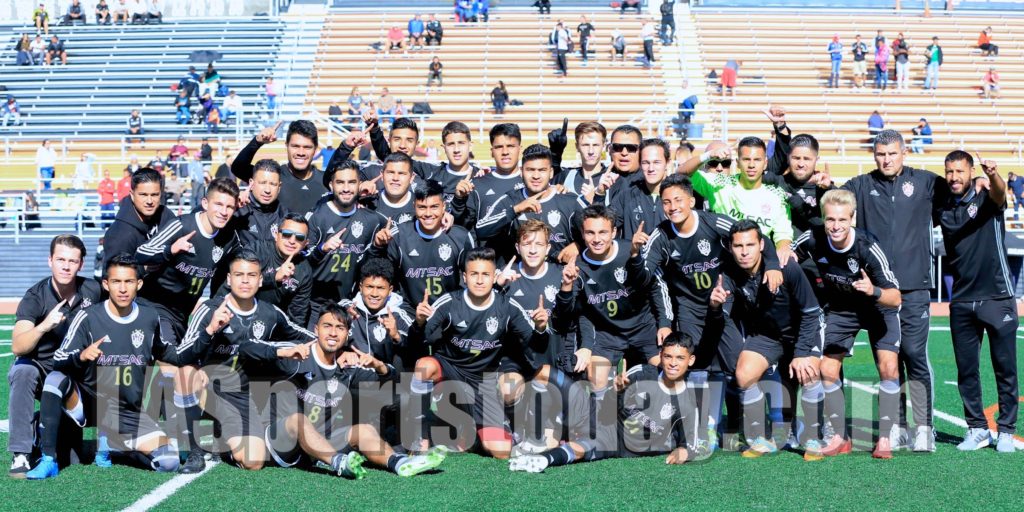 Tied 0-0 after 120 minutes of play in a CCCAA State Semifinal Friday, The Mt. San Antonio Mounties beat Taft on PKs and advanced to Sunday’s state championship final against Fresno City College on Sunday at Ventura College at 10 a.m.

In last Friday’s penalty shootouts, Taft surprised many by utilizing goalie Ricky Montoy with a chance to give Taft the shootout victory. But his attempt missed wide right of the far bar. Montoy had stopped a shot by Miguel Martinez in the third round that put Mt. SAC in a tough spot, but Julio Velasquez (fourth round) and then Michael Flores (fifth round) scored on their attempts that kept the Mounties’ season alive. Tied 4-4 in the sixth round, Juan Sanchez fired in what proved to be the shootout winner past Montoy. Taft had one last chance to extend the PK series, but Mt. SAC’s Edwyn Gutierrez blocked the attempt of the Cougars’ Roman Fabian, allowing the Mounties to survive an exciting shootout. Mt. SAC is 18-2-3 with the official tie while Taft’s season ends at 14-4-7.

Mt. SAC advanced to its seventh CCCAA State Championship game in the last eight years. The Mounties, playing in their tenth consecutive final four state playoffs, also defeated Taft in 2009 on their way to their first state title.