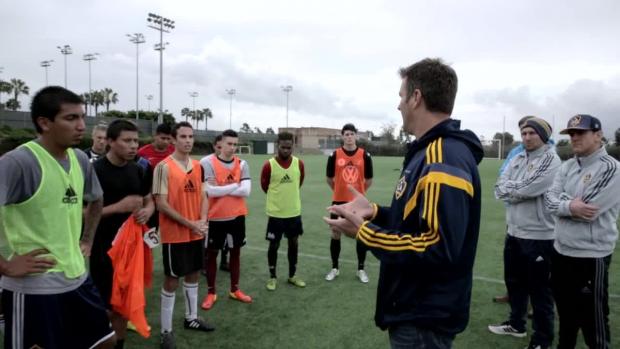 LA Galaxy II will host open tryouts in Los Angeles, Las Vegas and Tokyo to give players the opportunity to become a part of the United Soccer League side.

Los Dos will host tryouts in Las Vegas on Dec. 3-4 and Tokyo, Japan on Dec. 15-16 before hosting two separate tryout dates in Los Angeles at StubHub Center: Jan. 21-22 and Jan. 28-29, 2017. Players interested in trying out can visit www.lagalaxy.com/tryouts for more information and registration.

LA Galaxy II is comprised of professional players, with an average age of 21, who compete in the United States’ third professional division: USL.  Since 2014, USL has grown from 10 teams to 30 teams, located in great cities all across the country, due to its partnership with MLS and goal to develop young talent.  USL begins match play in March and ends in November, after 30 league games and playoffs. LA Galaxy II train and play their home matches at StubHub Center, home of the LA Galaxy.  LA Galaxy II locker rooms are in the same hallway as the first team and have all the same amenities for training and health.  It is the best facility and the best environment for soccer in the United States.

The technical staff will choose a minimum of 20 total participants from the open tryouts in Las Vegas, Tokyo and Los Angeles for further evaluation.  The LA Galaxy will arrange an invitation, flight, hotel and food for the 20 chosen players, who will train with LA Galaxy coaches from February 6-10, 2017.  LA Galaxy will select players from that week of training to extend their trials with LA Galaxy II, for a chance to earn a professional contract.

Here are details about the LA Galaxy II Open Tryouts: